Did you know that a loft conversion can typically increase the value of your property by up to 25%? 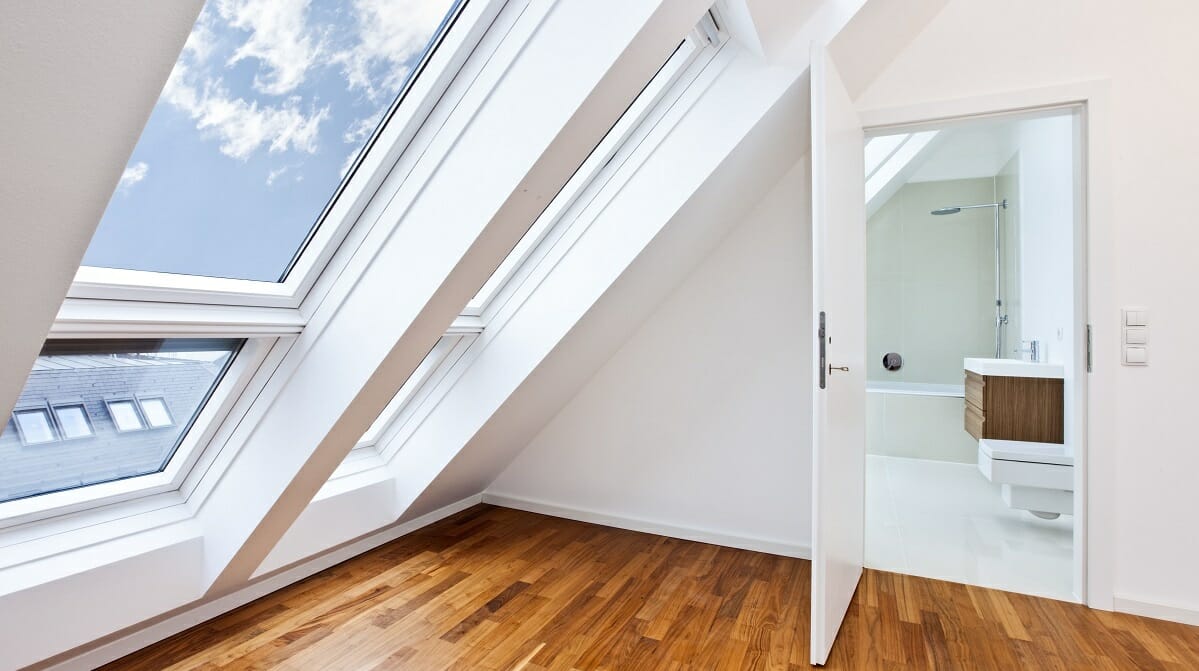 We are experts in creating bespoke loft conversions. Our wealth of experience makes us suited to meet your loft conversion needs, whatever the type, style or size of your loft.

Do you need a loft conversion for an additional living room, lounge, playroom, bathroom or loft office? Our designs are such that the conversion fits in perfectly with your existing structure.

We are experts in architectural design. We’ll ensure your loft is architecturally balanced, fits in with the existing property, and meets the desired purpose.

What is a Loft Conversion?

The process of transforming an empty loft space into functional rooms for storage or accommodation is known as a loft conversion. Loft conversions have gained much popularity in the UK because of all of their benefits.

Why Do a Loft Conversion?

Elite Builders London have architects that can prepare building regulations and planning documents for submission to the council. 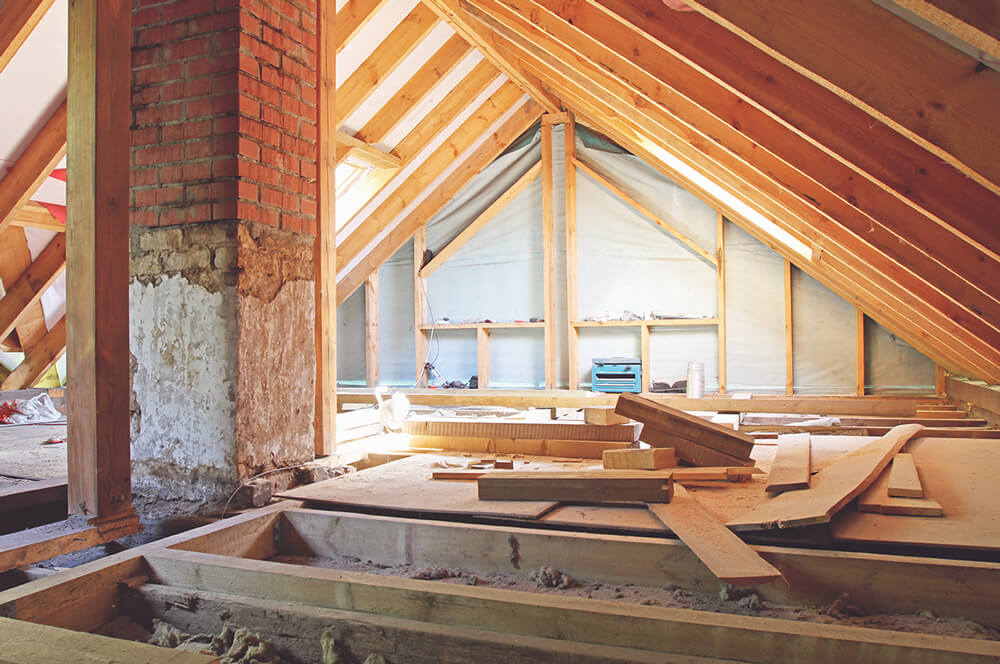 We take up loft conversion projects anywhere in London from the design stage to completion. We also assist in obtaining permits required by building regulations and planning authorities.

Our skilled and experienced team of loft conversion designers are on hand to give you excellent architectural sketches. 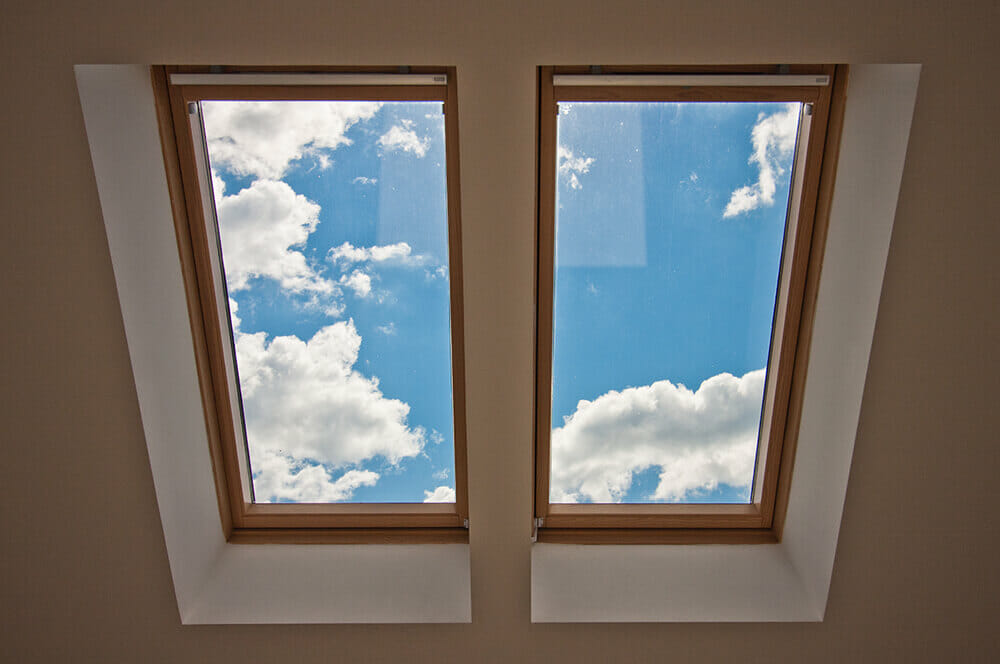 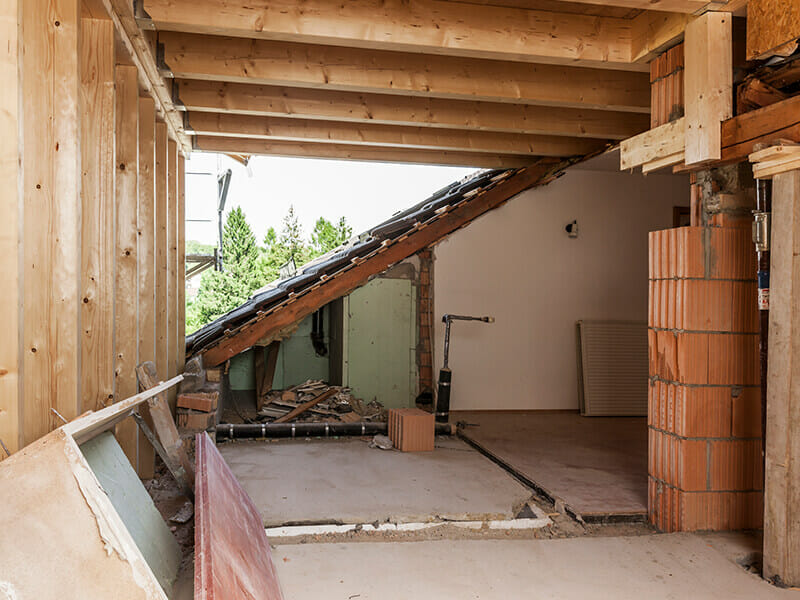 Velux window loft conversion is non-disruptive and requires little dismantling of the roof. Windows are added to the property and the roof is mainly untouched. This loft conversion does not normally require planning permits.

A Velux loft conversion is ideal for a loft with a sizeable amount of headroom. You should also consider Velux conversions if your property is limited by planning constraints.

An L-Shaped loft conversion is also popular among homeowners in London. This type of loft conversion generally has enough floor area to contain two full-sized bedrooms and a bathroom. Its backside is adjusted to be in a lower position so that there will be enough ceiling height. 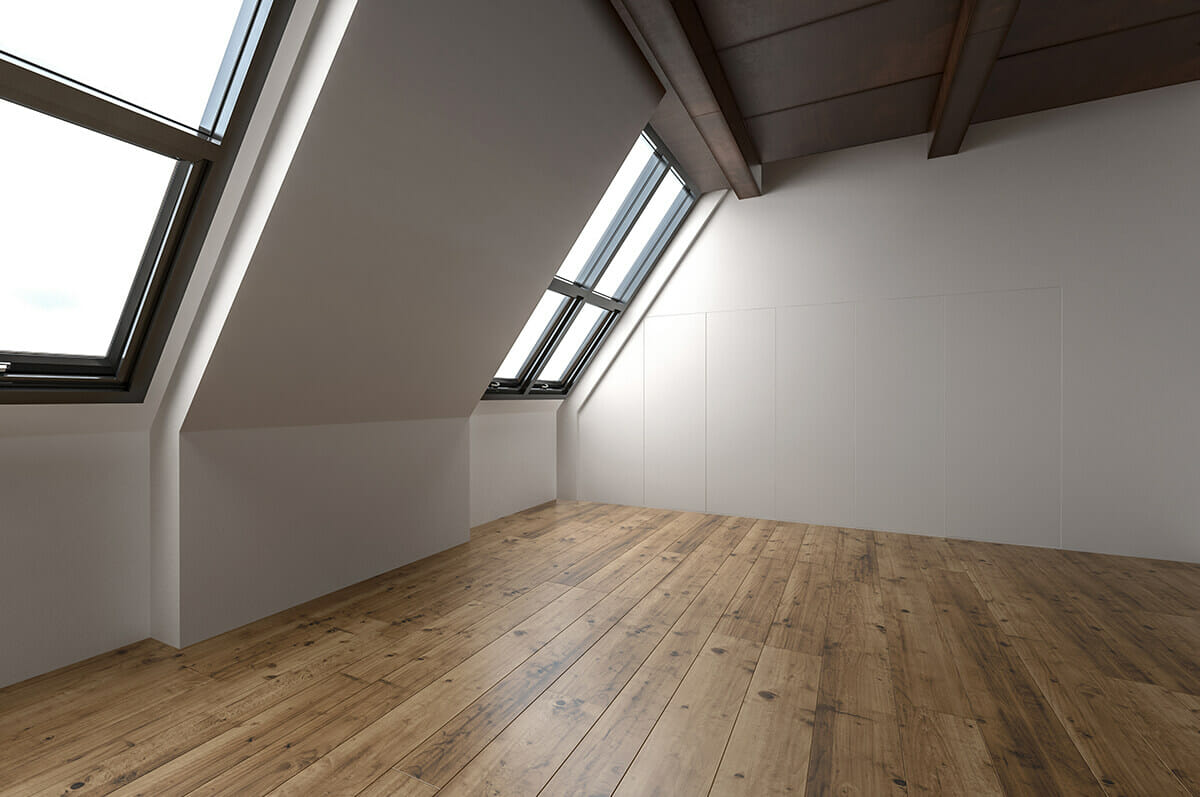 Mansard loft conversions are probably the most pleasant-looking  loft conversions. In Mansard lofts, one of two of the roof slopes is displaced with steep-sloping sides, and a level roof is constructed over it. Due to its structure requirements, it is costlier to build and requires planning permission.

We are able to provide a fantastic service delivery for whatever design that would appeal to you when you choose a Mansard loft conversion.

Loft areas can get converted easily using modular loft conversion systems and there are a myriad of choices on what to do with the additional space. The conversion is built off-site to our standard specification and comes fully fitted with doors, electrics and windows. You will be the one to make the specification of what you’ll need to be attached to it. Thus, our onsite work and inconvenience to you is significantly reduced.

Hip-to-Gable conversion is ideal for utilizing an unoccupied space. This conversion provides enough space by extending the ridge to meet the external wall. 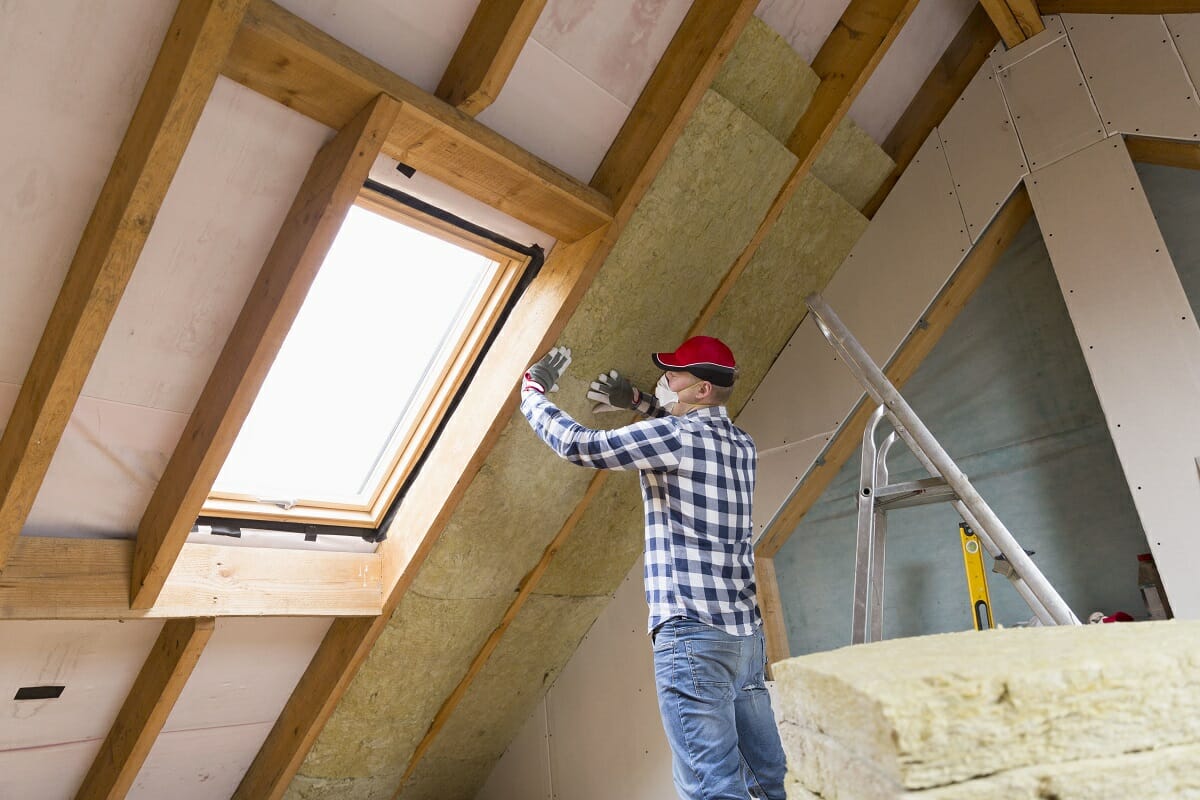 When you contact us, we’ll schedule a convenient day for a meeting with our loft conversion specialist in your home. This allows us to discuss with you in detail and to determine the type of loft conversion design you’ll need.

The amount of time a survey takes depends on the size of the attic space. The larger the attic space, the more time it’ll likely take. On average, our visits take less than 45 minutes. 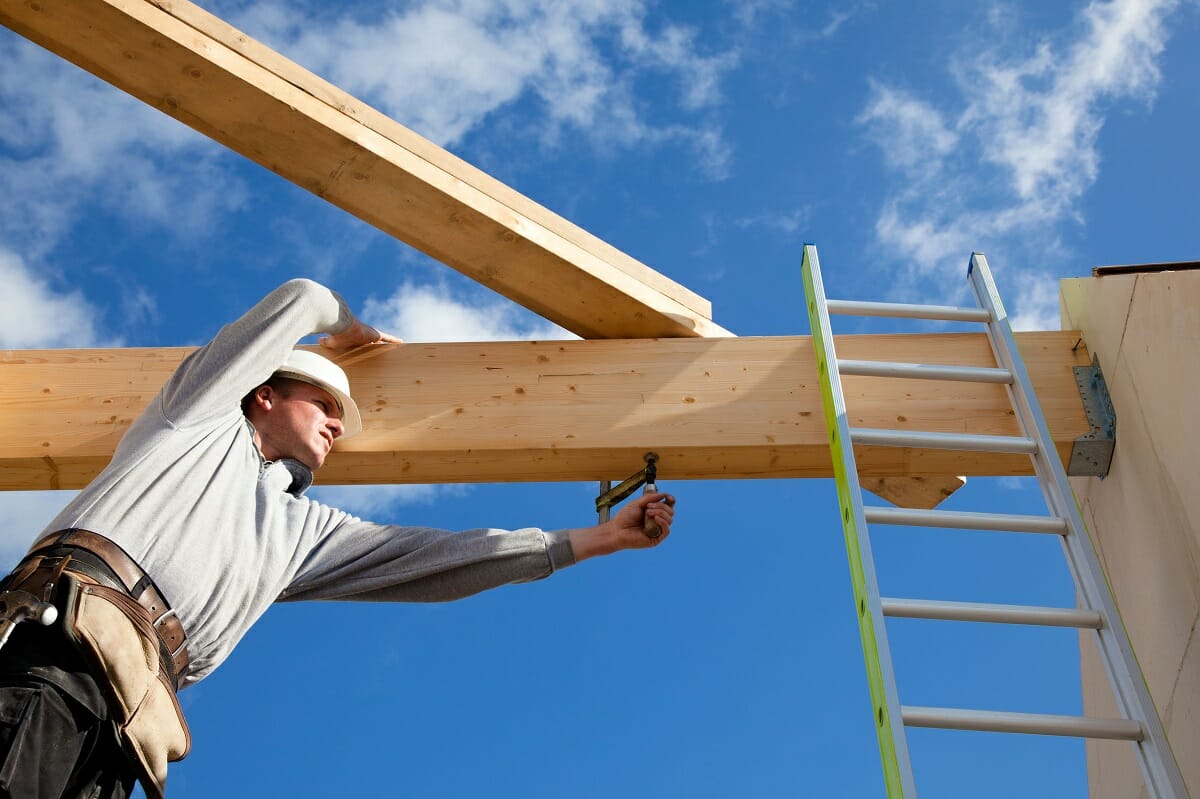 The quotation comes in once an agreement has been reached on the loft conversion type you want. We can provide you with the quotation within 7 days by post, email or in person.

If you decide to work with us, we’ll request the initial instalment of 5% of the total conversion cost. This enables us to commence the preliminary activities and draft out a schedule for the project.

Execution starts the day we kick off the loft conversion. However, we will reach out to you a month before the mounting of the scaffolding and give you the confirmed start date.

We have experienced trades for all plumbing, interior fittings, construction, exterior roofing work and electricity.

There are several reasons why you should choose Elite London Builders for your loft conversions in London, and these include:

We have many years of experience in the building industry and are well-known for our level of workmanship.

We have a team of skilled technicians and tradesmen who put in their wealth of experience in carrying out their building projects.

We are an accredited design and building company in London. Elite Builders London is committed to providing exciting spaces and a safe environment for playing, working and living.

Elite Builders London has a professional team of loft conversion specialists, and all of them work competently to deliver a perfect loft Conversion job. 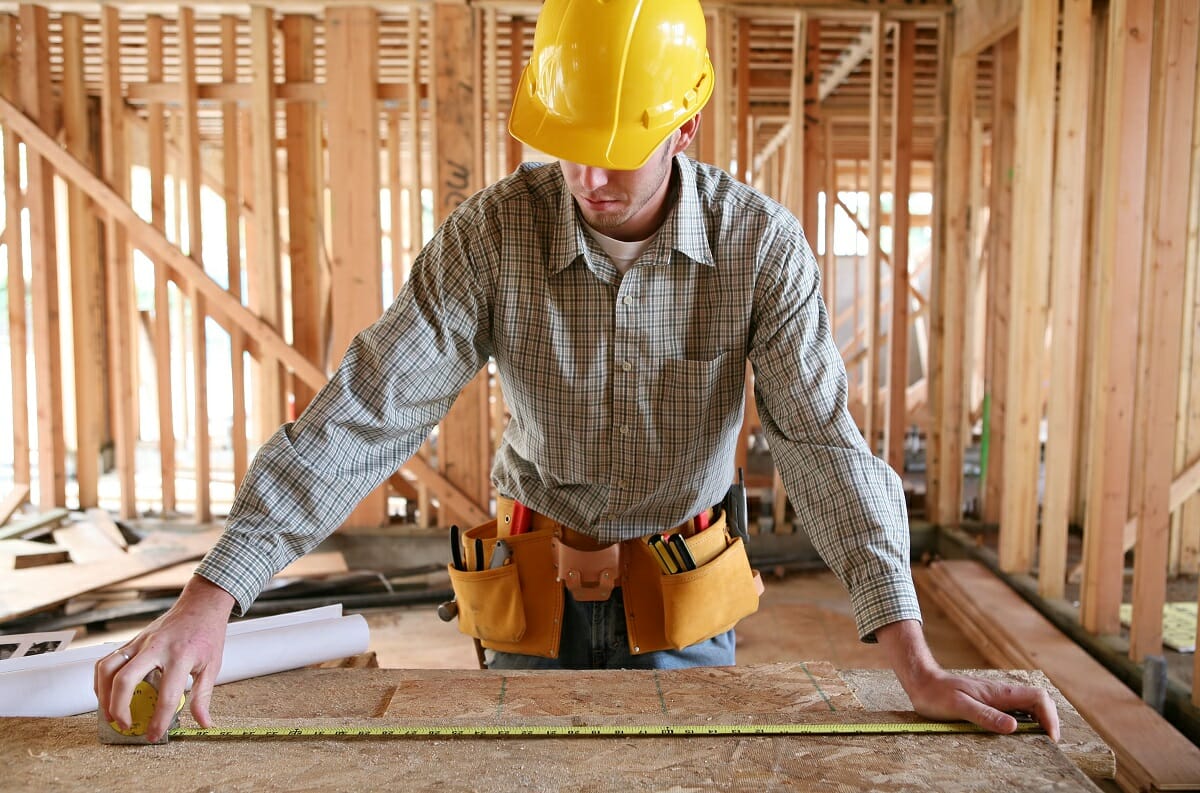 Elite Builders loft conversion projects are executed to meet set standards. We do our best to take care of the challenges associated with loft conversions in London. 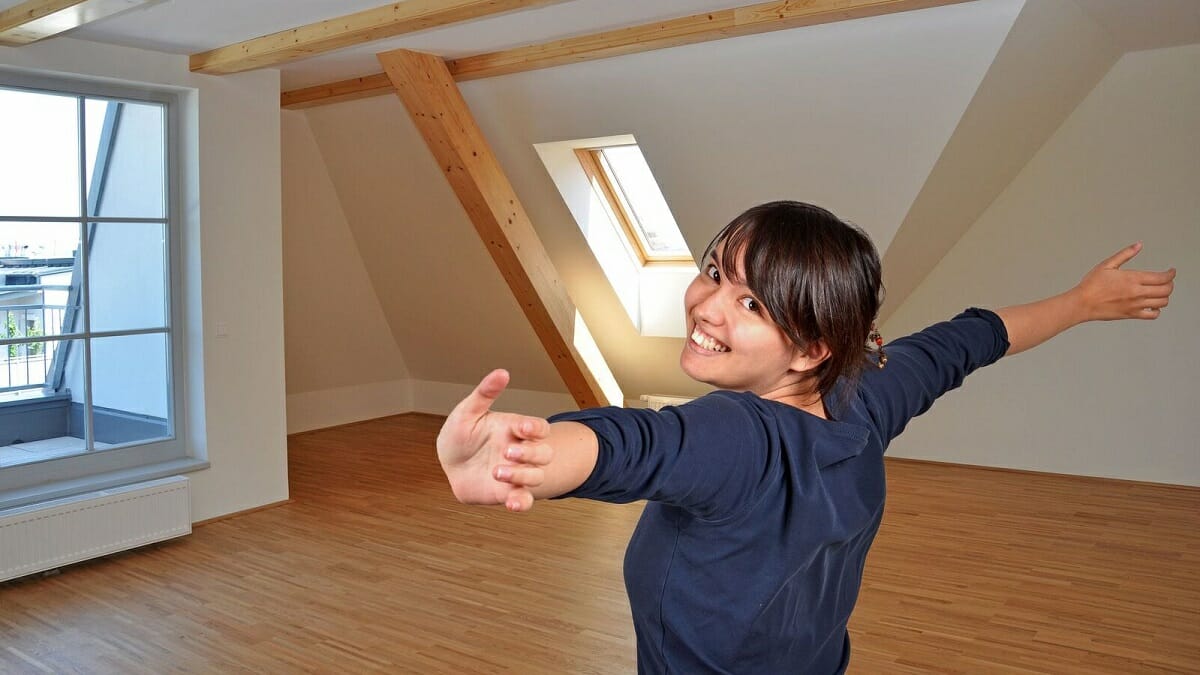 If you need any information about developing your existing loft space with a customized loft conversion, our expert consultants are here to answer your questions and offer expert guidance. Call now for some help or to get a free loft conversion quote, on 020 8987 8071..

Elite Builders London provides and supplies top quality Loft Conversions all the time.
Here at Elite Builders London ourBuilders will start work on refurbishments, basements, windows, extentions, commercial construction, loft conversions, ground works, and specialist constuction in London immediately.
At our organisation in London, Elite Builders London supplies these services roofing, residential construction, and structural works.
The Capital City of London is situated perfectly in the county of Greater London to facilitate easy access to other areas in England.
Some of the numerous water drainage networks in London include Kensington Canal, London River Services, and River Thames.
The council and local authority of London is a Devolution In The United Kingdom.
You can contact Elite Builders London for Loft Conversions services with London in Greater London by calling our Builders.
A link exists between London and county locations like Tottenham, Highams Park, Beckton, Feltham, and Elmers End.
At Elite Builders London, our Loft Conversions cover service areas within London's council districts including Brentford, Teddington, Barnes, and Kew.
London's Capital City includes council areas such as Westminster Abbey (UK Parliament constituency), Chelsea (UK Parliament constituency), Paddington North (UK Parliament constituency), Battersea (UK Parliament constituency), and Kensington and Chelsea (UK Parliament constituency).
London's Capital City includes regions such a s Arkley, and Harefield that are within the Loft Conversions service area of Elite Builders London'sBuilders.
London includes more areas like Chislehurst, Harold Wood, Lambeth, Brondesbury Park, Barnes, Finchley, and Bushey Mead which are covered by our highly skilledBuilders at Elite Builders London.
Additionally, Bowes Park, Raynes Park, Shoreditch, Thamesmead, and Morden Park are covered as part of Elite Builders London's Loft Conversions service region within London's Capital City.
The services provided by Elite Builders London are available across London in England including Ilford, Hounslow, Hackney Central, Ealing, and Waterloo.
Elite Builders London covers the outer regions of London that include Rotherhithe, Islington, Alperton, Bromley, and Brunswick Park.
Here at Elite Builders London, we offer Loft Conversions services to London including Clapham, Edmonton, Seven Sisters, Isle of Dogs, and Tokyngton.
Dulwich, Purley, Neasden, Hoxton, and Woodford are also located within the London region of Greater London.
In addition, London includes suburbs and townlets of Anerley, Holloway, Chelsea Harbour, Sidcup, and Pimlico.
Townlets within and around the Capital City of London also include Chipping Barnet, St Mary Cray, Kingston upon Thames, Uxbridge, and Croydon.
First class educational centres such as Lister Institute of Preventive Medicine, and Institute of Cancer Research are situated within London, England.
A good number of the schools in London schools such as Thames Christian School, and London Oratory School are first class institutions.
In addition to top quality colleges, schools, and learning centres in London, the Carlyle's House, and Saatchi Gallery also facilitate learning.
Holland Park, Vauxhall Gardens, and Morden Park situated in London are can be enjoyed by guests and residents in the area.
The importance of Tulse Hill, Elephant and Castle, and Swiss Cottage to the commuters who reside within and around London are immeasurable.
Statue of Charles II, Royal Hospital Chelsea is situated within the boundaries of London.
Buildings such as Swan House, Carlyle Square, Enfield Island Village, Sloane Avenue Mansions, and 66 Old Church Street are situated in London.
Canary Wharf are London's main business districts.
London is the founding Capital City of number of companies including J Gurney Nutting & Co, Rockstar London, and Southern Housing Group.
London is a centre of commerce and shopping centers such as River Island are famous.

Do not hesitate to get in touch with Elite Builders London to get your loft conversion quote.

How long will does a loft conversion take?
With assistance from an expert company like Elite Builders London, you are guaranteed a unique loft conversion that is executed within the stated timeframe. We will tell you how long the loft will take to convert, and then will stick to it. Most jobs are completed in 4-12 weeks.
Will there be a lot of disruption?
Our way of working allows us to work in your home without interrupting your daily routine. We schedule our building hours to match your time. We utilise heavy equipment like cranes while working on buildings and do everything we can through the roof from scaffolding. We can also install temporary roofs to further enable us to stay out of your way.
Are your prices competitive?
We offer exceptional loft conversion services in London and its surrounding counties at affordable prices.

Other Areas We Cover