Painting and Decorating Services in London

Elite Builders London offers decorating services for domestic, commercial, and new build properties in London. We have an excellent eye for detail, keep things clean, and have all the painting and decorating brushes, access equipment, and sheeting to ensure we can do a great job on any work site. Do you want complete decoration for a new build project? Would you like to renew your house’s exterior paint?

Are you considering freshening up the paint in your home, office or factory? Consider our decorating and painting services. Contact us and we’ll provide you with a no-obligation painting and decorating quote.

We make decoration hassle-free and ensure a perfect finish every time. When you hire us to decorate you can have peace of mind that we’ll transform your walls, ceilings, fences or wood.

We’re capable of painting and decorating both for residential and commercial properties, choosing the right paint for the job. Our workman can hang wallpaper, do touch-ups, restore walls, and do all interior and exterior painting.

Areas we cater to:

Our company caters to the following sectors: 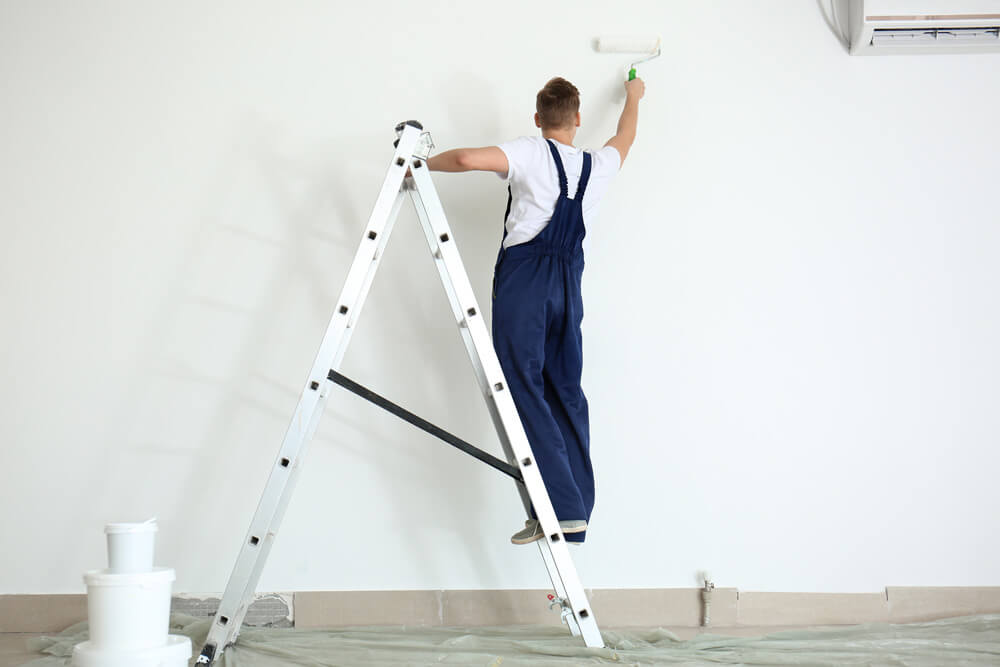 We provide total decorating and commercial painting services for diverse buildings, both external and internal. When painting and finishing exterior walls, we pay great attention to detail in areas involving doors, windows, and masonry. We are able to help shield your property from the elements, waterproofing as well as making the facade look great. 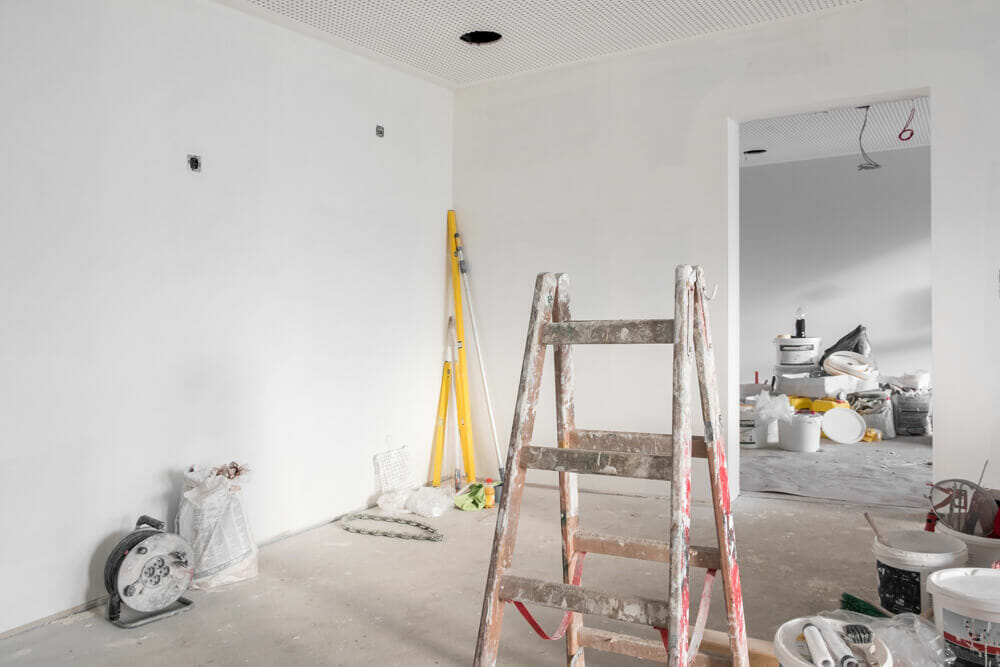 We’re specialist decorators and painters in the retail sector. Our proven track record shows that we deliver excellence and quality, with the ability to turn around retail decorating projects fast.

Teamwork is essential in every venture – especially with successful professional painters like us. Our trained and highly skilled painting and decorating team are experienced at working with our clients to understand their goals,  and other on-site trades that fit into the delivery of a shop refit.

Our Decorating and Painting Services

We provide comprehensive decorating and internal painting services in London on commercial, industrial and domestic premises. We possess the appropriate painting and decorating tools for just about any task. Our members of staff are qualified decorators, possess experience of hundreds of decorating and refurb projects and our teams are insured. Our painters work in a friendly and professional manner.

If you are wondering what it will involve to transform your home’s exterior, look no further.  We’re just a call away at Elite Builders London. Irrespective of the look or style you seek, Elite Builders London will bring your desire to reality. We guarantee 100% customer satisfaction in any exterior painting job, ranging from residential properties to nightclubs, to country farmhouses and even huge business offices. 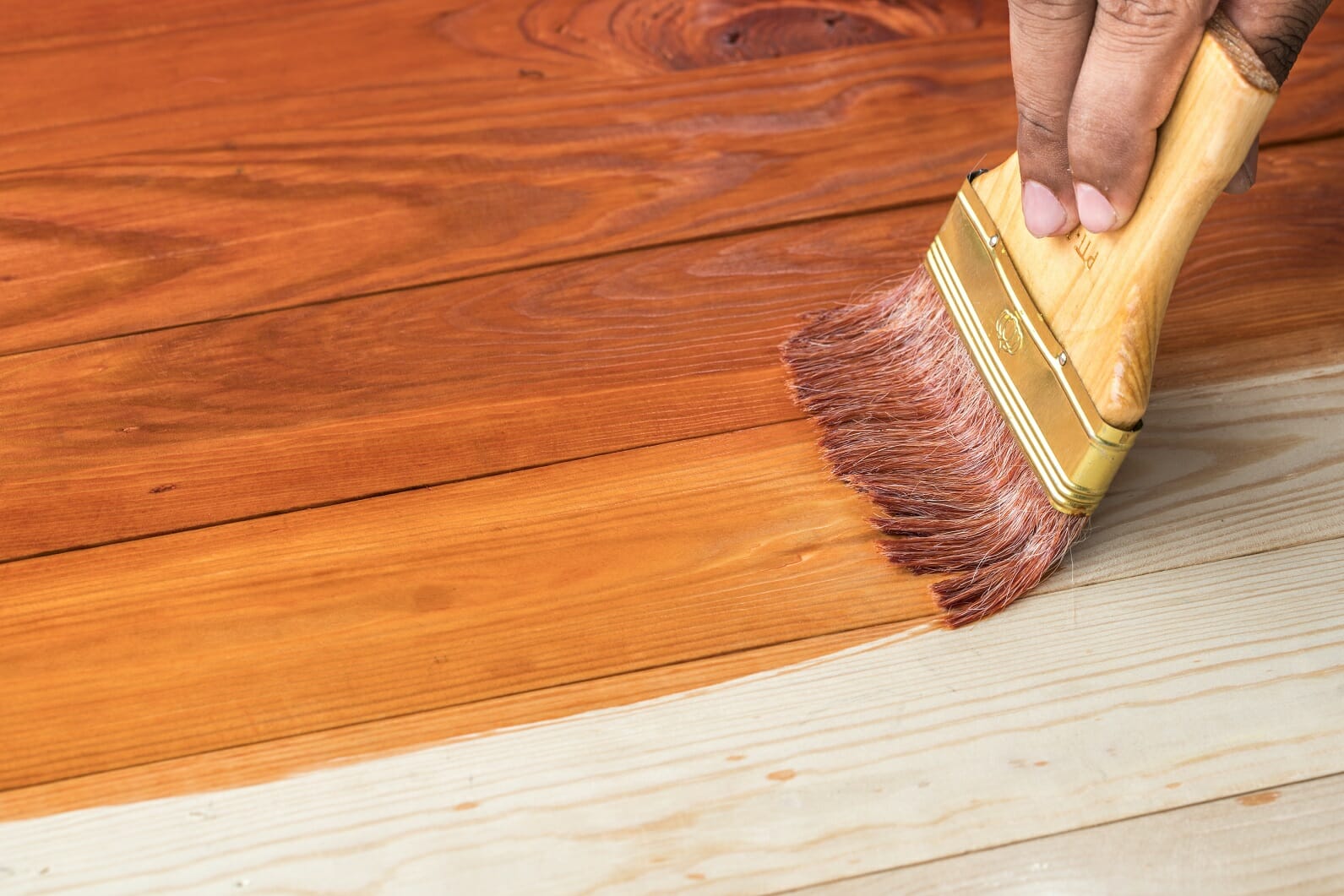 Varnishing is used to protect decorative surfaces. Varnishing protects the surfaces against stains and finger marks, ensuring their durability.

In today’s market, numerous varnish products are available for decorating purposes. So whether you want a varnishing product to darken and protect wood or you want something to protect paintwork in your property, we have a lot of options for you to choose from.

We’re delighted to execute the perfect finishing touch that will set your property apart from others. Not only will varnishing bring about a glossy finish to decorative paintwork, but it’ll also provide lasting surface paintwork protection.

We provide full gloss painting and emulsion services for woodwork and ceilings for commercial and domestic properties. We can offer recommendations on the best paints suitable for every room in your building. We are with you all the way – from assisting you in the type of paint and colour scheme to providing all the professional painters you need for the job. 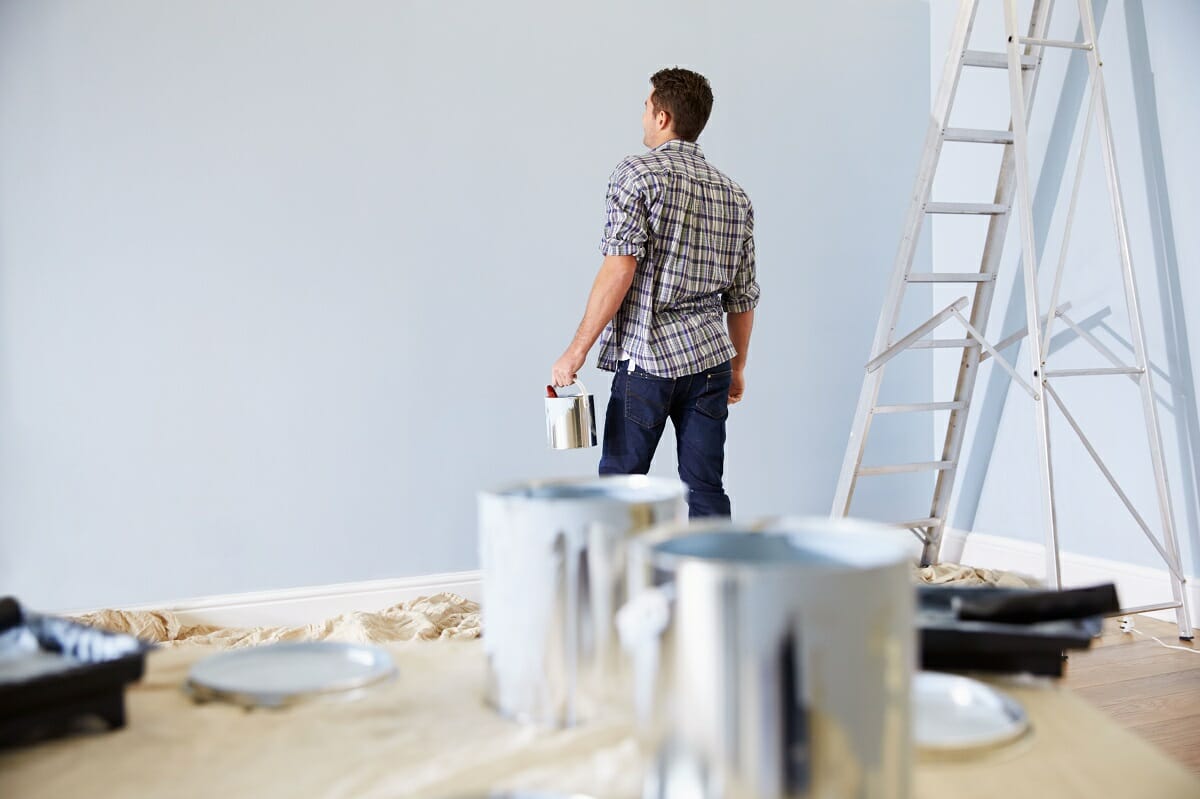 This involves paint application to a surface by spraying to create the perfect finish. A high standard paint application, used after surface preparation, spray painting can save time, provide a uniform finish, and get to the hard to reach wall corners and ceiling edges.

We offer a comprehensive spray painting service. We guarantee reliability and the best standards of paint quality and spray application for any project.

With our commitment to precision and accuracy, we are capable of handling wallpapering projects, whether it is a feature wall or a full room that requires paper hanging. We assure you of a smooth finish when paper hanging, with all corners and seams hung concisely and flat. It is our duty to follow your instructions and ideas, but we won’t hesitate to make suggestions and share our expertise on ways to wallpaper your room for a better end result.

Whether it is subtle or neutral, colourful or patterned, wallpaper has a way of providing an amazing finish to walls in any home or office room. With wallpaper, a feature wall or a whole room can be made more attractive.

As part of our decorating service, we suggest layouts and designs, offer professional advice on paint colours and the appropriate materials to use. 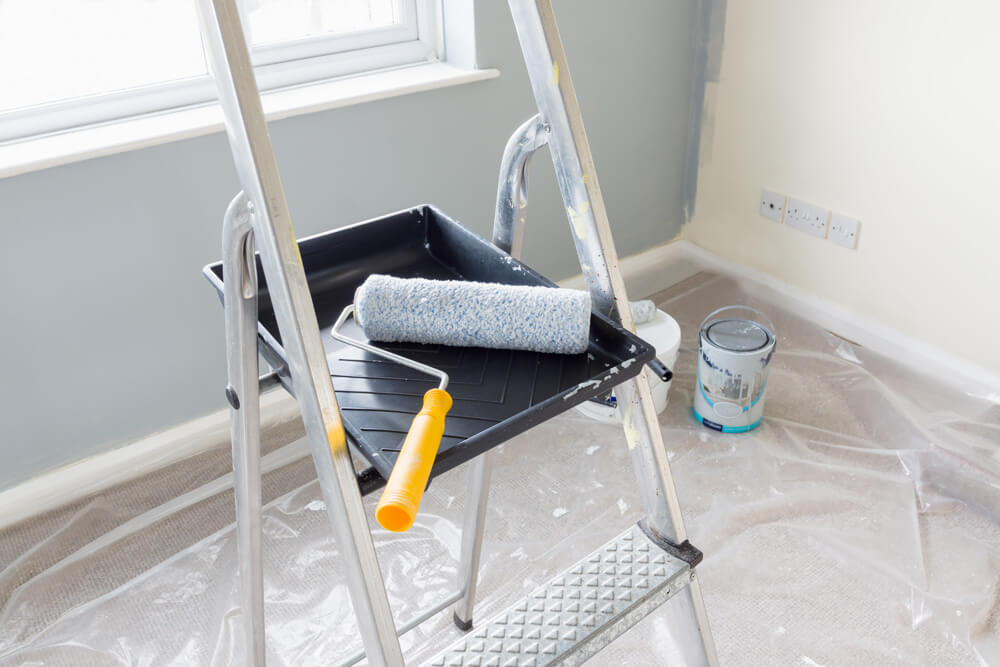 Our Method of Decorating and Painting

Before the actual painting commences, our specialists endeavour to remove all frames and pictures, wall light fixtures, switches and sockets and thoroughly prepare the areas to be decorated. After this, the floor is then covered with materials known as ‘protective sheets’, and the furniture is taken out or protected.

We ensure all wall surfaces are flat, smooth and ready before we start painting. All holes and cracks are filled before undercoat or first coat application. All dirt and mould are removed before this happens, and we advise on any wall treatments that may be appropriate to prevent damp in the future.

The paints we use are bought from leading paint suppliers. Once the decorating and painting process ends, decorators and painters are will return everything back to its initial position, or where you would like it placed. You might be concerned that the work may result in a mess, but with us you can have peace of mind, knowing your decorating project will be done cleanly, your furnishings and furniture will be protected and we will be careful. Upon the project completion, our experts carry out general cleaning of your home and remove any dust and waste created through the process.

You can count on us, whether you need to do a complete office or home decorated or one-room paint job.

In the course of working in properties that are occupied, we ensure minimal disruption to the residents or workers. We can work evenings and weekends and can ensure your painting and decorating are completed fast to reduce disruption.

We are based in London. Detailed quotes are provided by us in a quick manner and we can schedule to decorate at a suitable time to minimise disruption. Being based in London, we can come to you to do a decorating survey and to give you a quote. 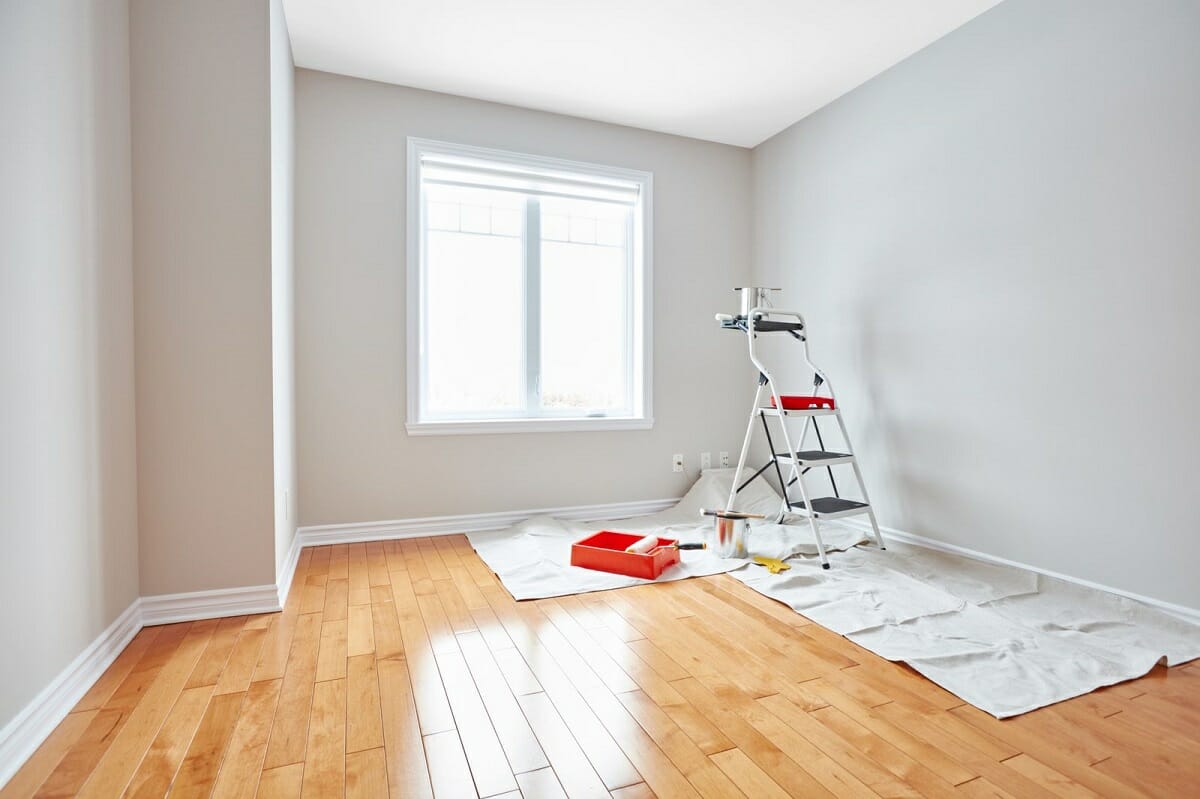 We’ve executed diverse projects which range from major redecoration projects, minor repairs, and bespoke services high end properties. Our experience also covers the refurbishment of hotels, clubs and bars. We have the experience to do fiddly decorating tasks and to work at height safely.

All painting and decorating projects executed by us are carried out to the highest standard. We take absolute care by using the best paint, brushes, rollers, varnish, sanding and filler products for the preparation and painting of doors, windows, walls and ceilings. By doing this, we ensure that surfaces are filled where need be and are rubbed down perfectly before any paint is applied. 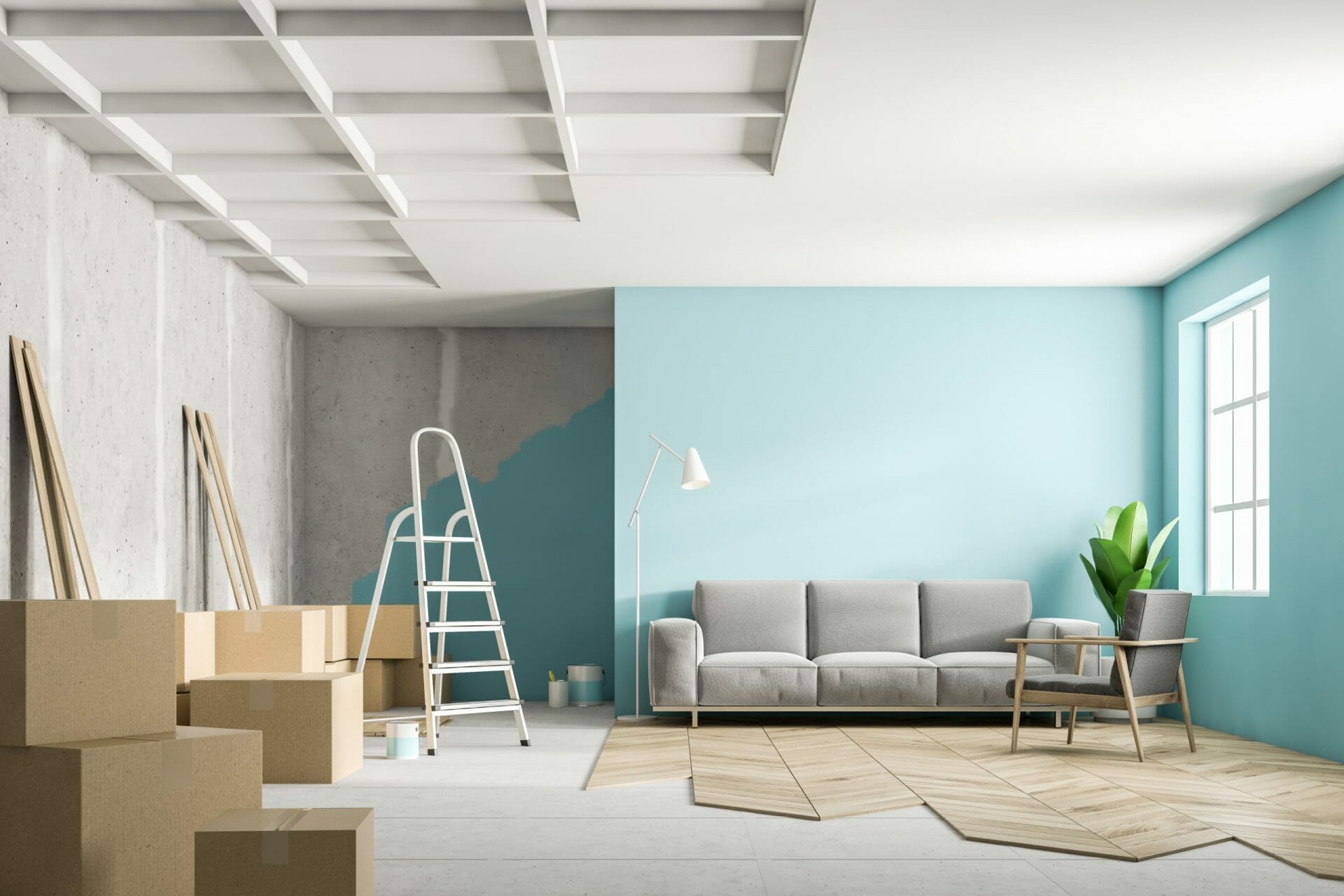 No Job Is Too Small or Too Big

We embark on all types of painting and decorating project. Whether it’s your commercial premises, a residential building or in the construction industry, the exterior of your property, hallway, kitchen, bathroom, office or children’s room, give our decorating team a call for more information.

We absolutely understand the importance of using appropriate paints and decorating products. We have the experience to choose the right products and we know the best decorating suppliers.

We offer free quotes, samples and colour charts. Our painting and decorating rates are competitive. 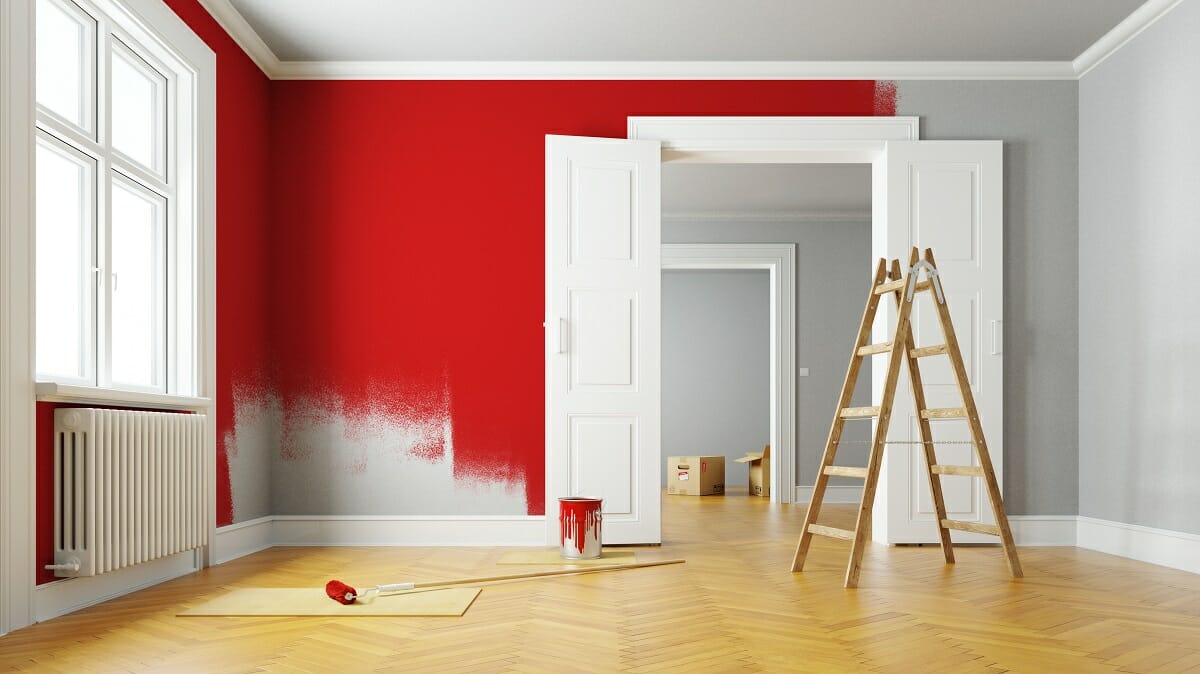 We have a team of dedicated staff. They work extra hours, including evenings, to ensure the decorating job is executed on time.

If you are interested to know more about the Elite Builders London decorating and painting services, our no-obligation quotation, or have questions, give us a call on 020 8987 8071.

Commence your decoration project planning with us. Remember, all projects start with a detailed quotation that is absolutely free.

If you’re not sure of your room’s dimensions or exactly what you require, you can get in touch with us for an outline price on decorating. We will send over an experienced tradesperson who will visit your property, inspect the work that needs to be carried out and give you a fixed quote.

Are your painters Experience and insured?
Our decorators and painters  carry insurance cover. Therefore, you can rest assured that your property and carpets are covered against any damage. To give you the high quality service you desire, the walls will be prepared carefully by the painting specialists. We’ll make sure the surface of the walls are levelled by filling the cracks and holes. The walls are carefully prepared before painting and we know how many paints a surface will need.
Free No Obligation Quote