Elite Builders London can help give your property an extra layer of security and comfort with a double glazed door or some new double glazed windows. 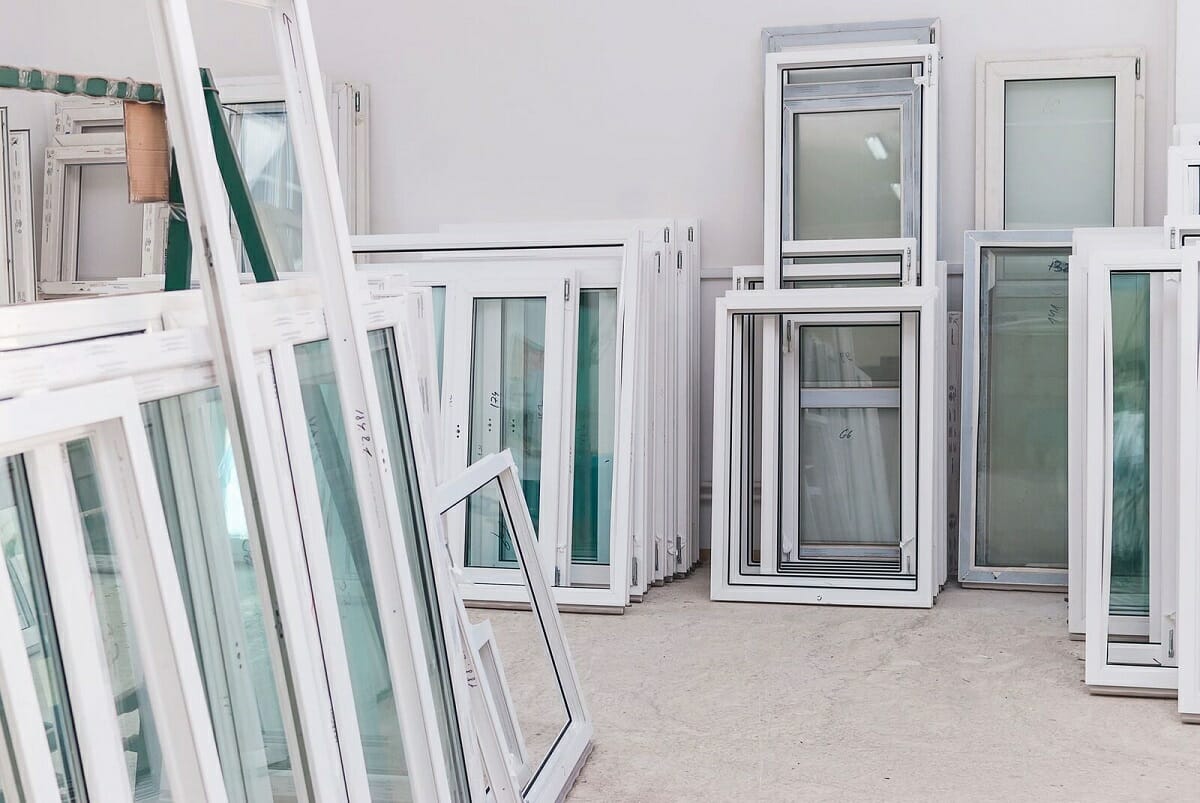 We can also help add a beautiful double glazed conservatory to your property for some extra space. At Elite Builders London, we offer a lot of options for you to choose from; if the right solution isn’t available, we can custom build window products to suit your vision.

Our double glazing offers incredible style and amazing performance for residential and commercial properties. We strive to ensure our double glazed doors/windows meets and exceed the building regulation codes so that your home gets the latest standard in terms of double glazing security and efficiency.

What is double glazing?

A double glazed unit features two panes of glass joined together with a gas or air gap in between the two glass panes. Double glazing is the modern variation of the storm windows and double-hung windows (traditionally made using one pane of glass).

How does double glazing work?

Double glazed windows are made up of two annealed laminated or tempered glass sheets. These sheets are separated by a spacer bar decorated cavity which allows air to be contained in it which provides insulation. To keep out extra moisture from the double glazing as well as efficiently trap heat, two seals are affixed to the glass- the primary and secondary seals.

What are the benefits of having a double glazed window installed?

Double glazing is designed to provide better insulation than traditional glazing. Properties lose heat through windows which is why the installation of energy-efficient double glazing is an effective method for this reducing energy bills whilst at the same time keeping your home quieter and warmer.

A double glazed window provides a barrier that reduces the amount of heat that is let out from your house into the open. This feature makes it possible for your house to remain warm during the winter months and keeps the heat outside during the hot summer months. The supreme insulation provided by double glazed windows makes it possible for you to enjoy cool summers and warmer winters.

What’s more, double glazing can last for 25+ years and over time it will save you lots of money in utility bills that you can save off which could offer a balance to the cost of a new window. Another important benefit for families is the extra security the double glazing gives. There is no price for the safety of your family as well as your possessions. In fact, insurance offers a discount on premiums if your home is fitted with double glazing. 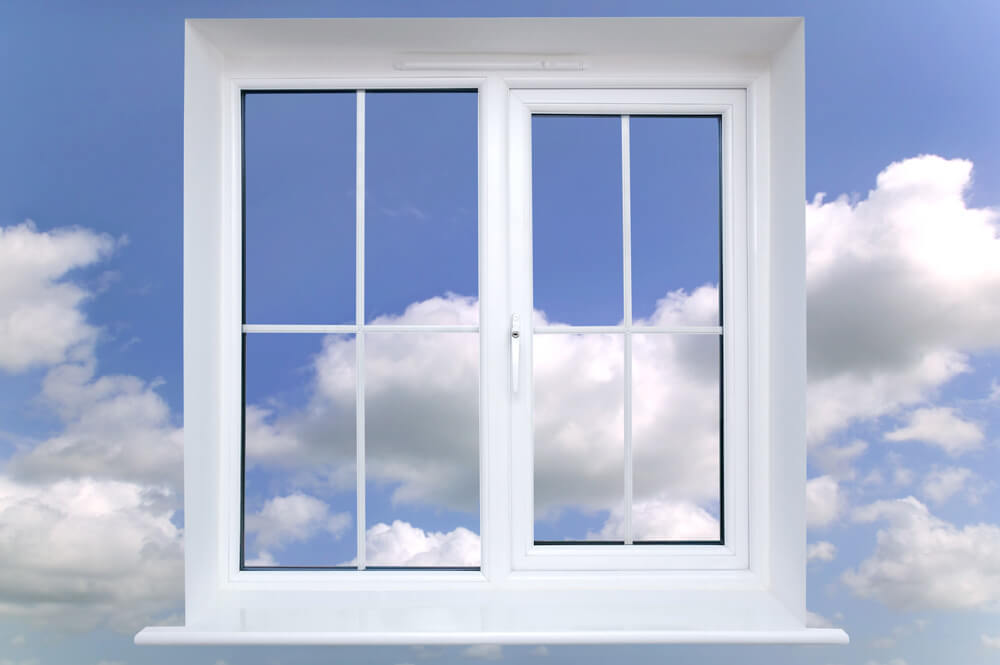 Multiple double glazed window styles and types for any home

Sash and case windows are traditional designs and this is why it is our goal to make them as traditional looking as possible when having them double glazed. To this end, we offer a carefully selected range of leading double glazing sash windows. Our double glazed units are installed using different materials to match individual specifications. For double glazed sashes in listed buildings and conservation areas, we use slimline units. We have adjusted the profile of our sashes to ensure that maximal detail is attached to the timber moulding and to ensure optimal energy efficiency.

Even today, casement windows are still a very popular style for replacement windows because it is functional, durable and comes in various designs and styles. Casement windows have a look that adds a classic charm to London homes. In addition, custom casements windows are flexible as they can be customised to fit its various configurations and frame finishes. 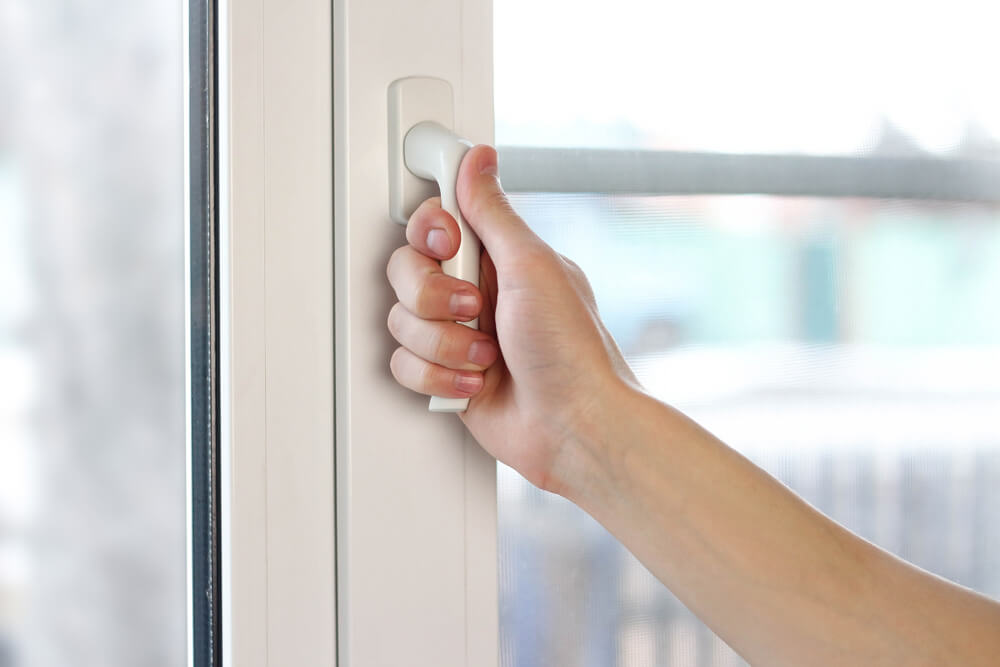 With the ever-popular Bay windows, you can embellish or add to the existing character your home. The windows have a unique six-chamber system that can be used to achieve an A rating or with specific glass combinations, offering multiple benefits.

Elite Builders London has been supplying customers in London for 10 years with high-quality French windows. If you need new, replacement or to repair French-style casement windows then get in touch today on 020 8987 8071. 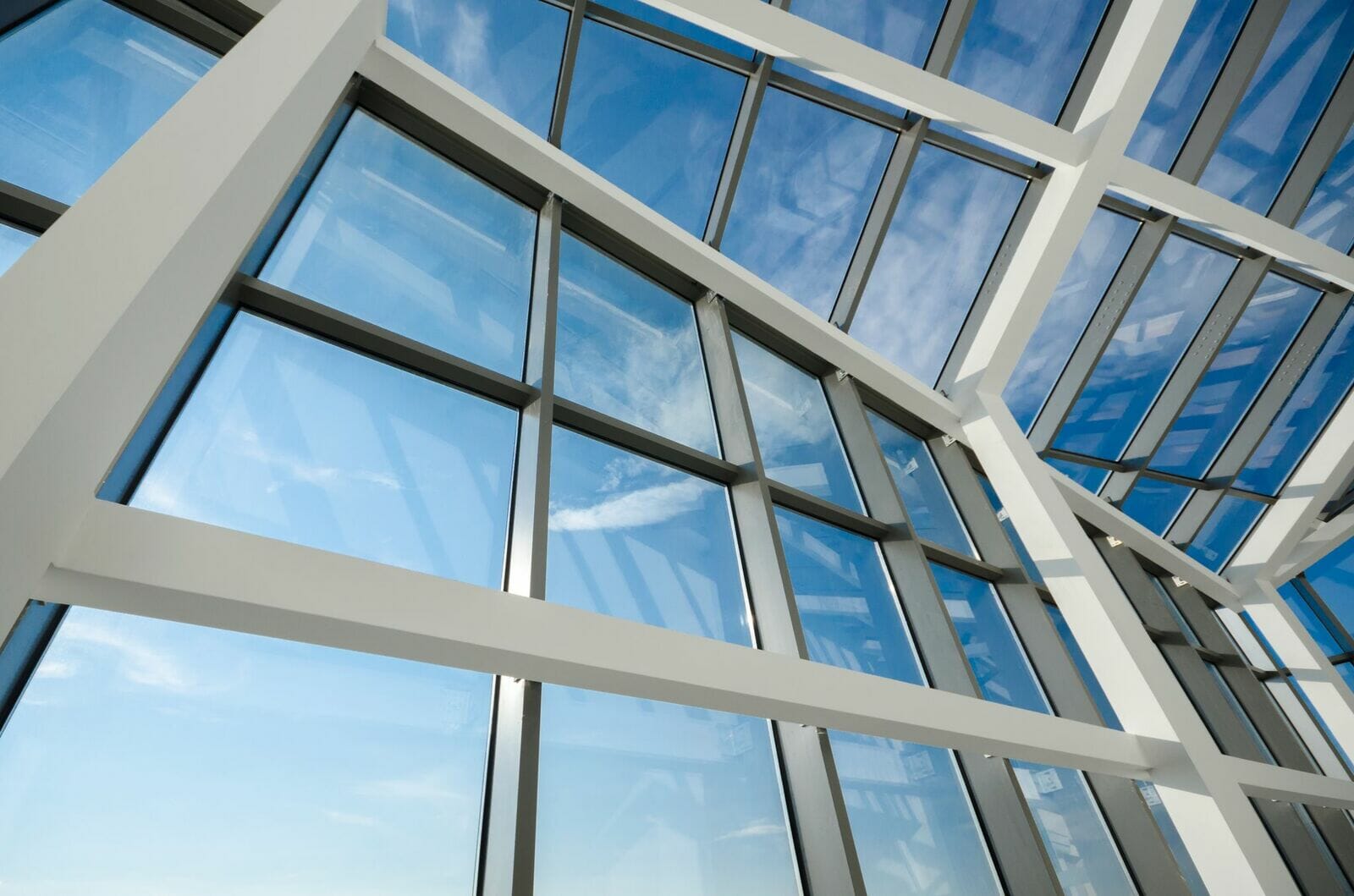 Aluminium is naturally strong, which means that superslim profiles can be fitted to allow natural light to come into your home and give your space a sleek and elegant design regardless of your property style. Aluminium glazing comes in a range of colours to match the interior of your property.

One of the major benefits of using UPVC double glazed windows is the array of colour choices available. The multiple colours and finishes of our UPVC range mean that you can find the style options suitable for each of your properties. At Elite Builders London, you are guaranteed to find the exact style and finishing you need for your home.

At Elite Builders London, we also offer high-performance double glazed timber windows. Our range of timber windows gives the homeowner the traditional look that is great for older properties with the convenience of modern windows. There is strong evidence to suggest that a properly maintained quality timber window can last for over a century.

The double glazing services we offer at Elite Builders London

We offer a wide selection of energy-efficient window styles that can be customised using different glass style accessories and in multiple colours that complement your home. We offer you a wide array of hardware options and accessories that are designed to complement the unique features of the double glazed window you select.

Our precision-engineered double glazing is installed in a way to offer many years of performance and beauty. What’s more, they are very low maintenance. Every single door and window we offer provides exceptional thermal efficiency, incredible security and optimal weather protection designed for the utmost comfort of your living space.

Elite Builders London can quickly turnaround and supply a complete range of double glazed units in London. We also have relationships with suppliers of double glazing and can source just about any window product you require.

Are you currently looking to upgrade or renew your current double glazed window in London? Elite Builders London can help you achieve that by delivering top-quality double glazing upgrades for your home.

Double glazing for every budget

We understand at Elite Builders London that every client has a unique taste and different budget so our double glazing selection is flexible so that you can create the perfect match for your home improvement projects. 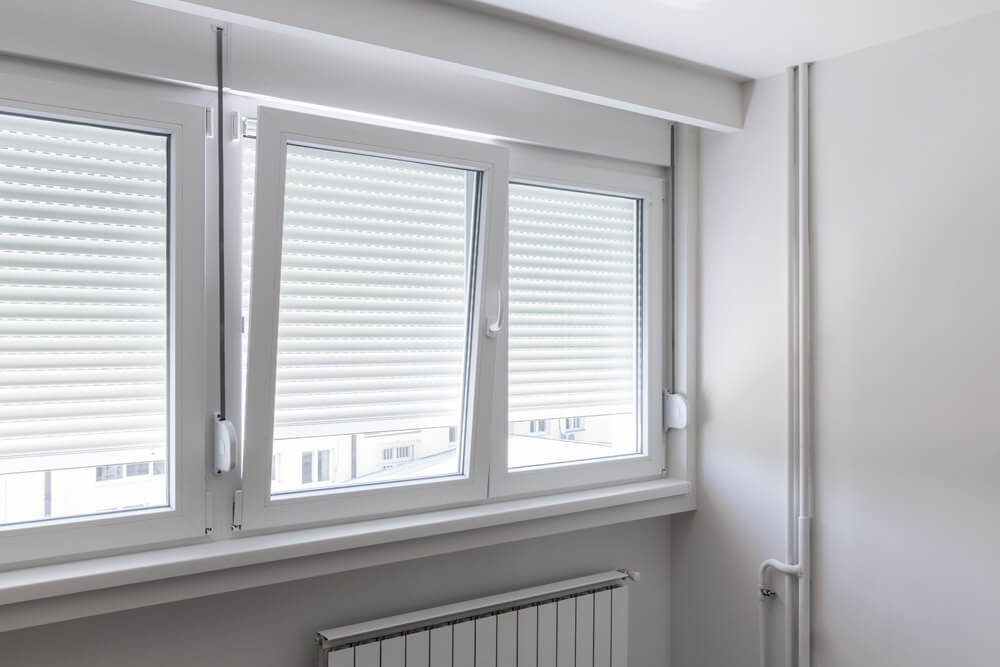 Are you currently looking for affordable double glazing solution in London, get in touch with Elite Builders London today to discuss your requirements. We have a wide selection of double glazing styles that will be perfect for any building. Our double glazing systems are made from the finest quality materials, yet are affordable. 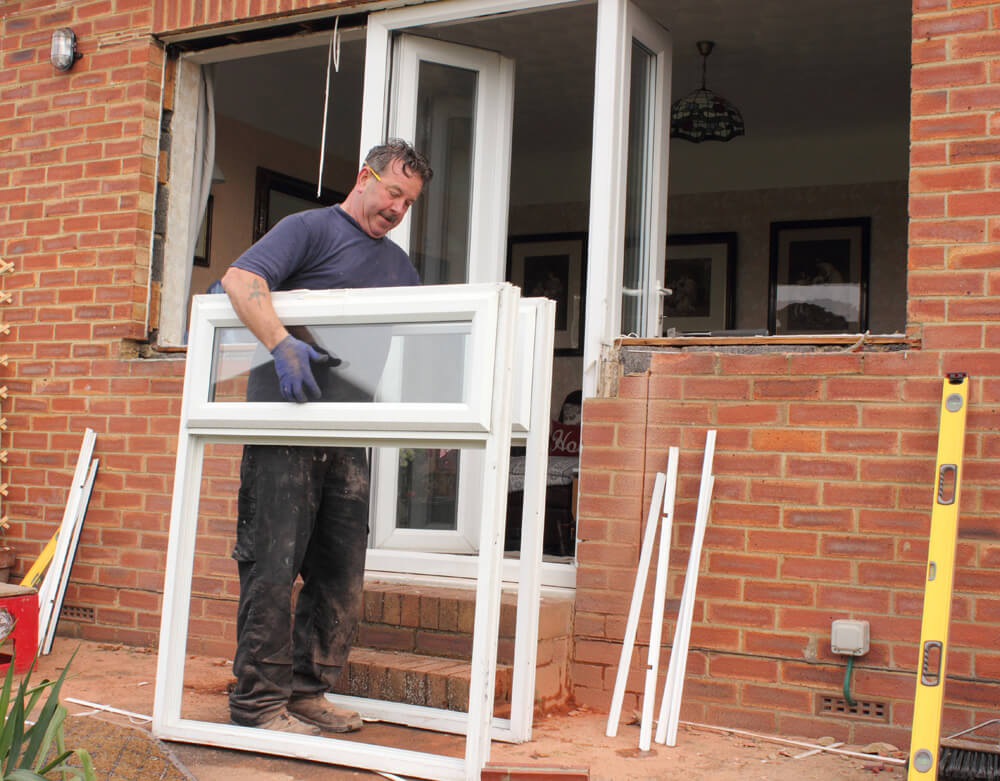 Elite Builders London is a reliable double glazing installer in London. We deliver tastefully designed and perfect windows that are in compliance with structural regulations. Our customer service team is

excellent and our clients have nothing but praise for our glazing services.

With over 10 years of experience in the double glazing industry and in installing double-glazing windows, we can guarantee the delivery of a superb job every time you call us on 020 8987 8071. Our double glazed windows are installed perfectly, with no draughts.

All the windows at Elite Builders London have been subjected to rigorous checks to make sure that we deliver only the best windows. When you select any of our modern double glazing options, you will get exceptional service and exceptional value for your money in your projects. 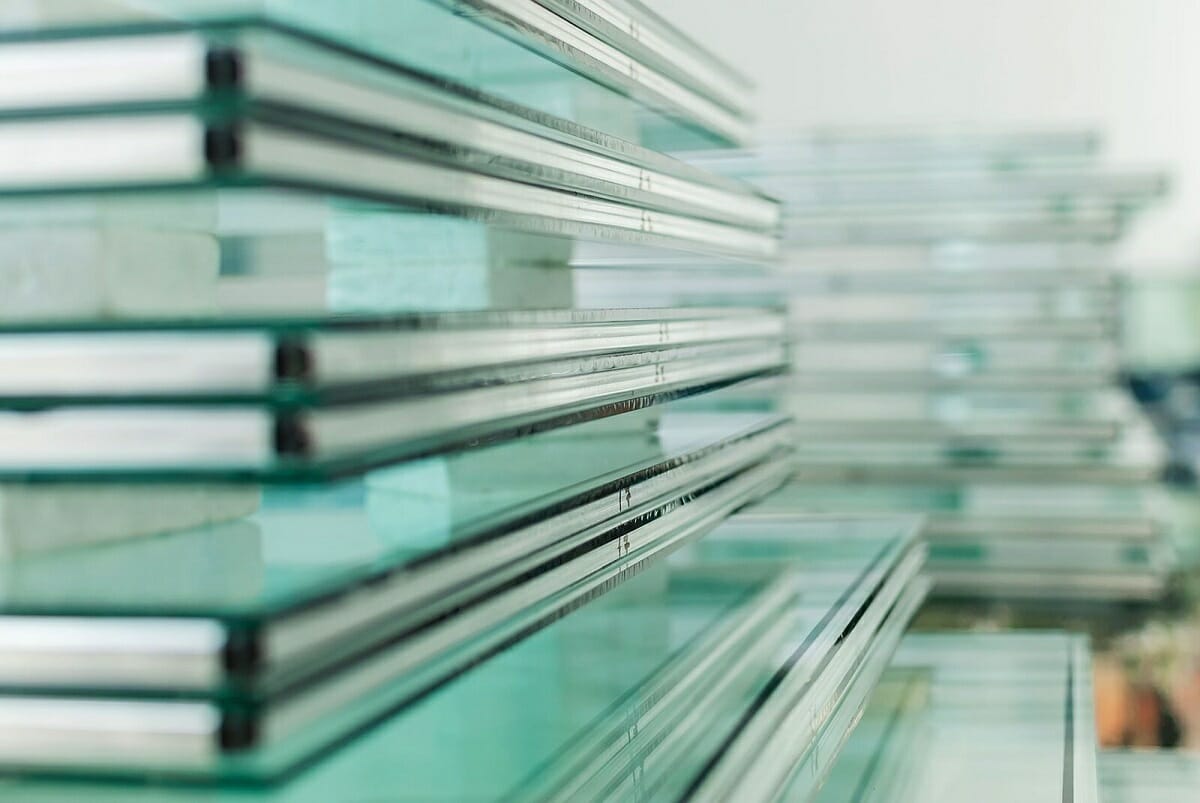 What is the cost of double glazing?

You can get Elite Builders London directly via email or phone to discuss your requirements and to arrange a site survey.

Elite Builders London provides the best Double Glazing Windows service throughout London.
Here at Elite Builders London ourBuilders will start work on refurbishments, basements, windows, extentions, commercial construction, loft conversions, ground works, and specialist constuction in London immediately.
Popular services offered at Elite Builders London include structural works, residential construction, and roofing.
The Capital City of London is situated perfectly in the county of Greater London to facilitate easy access to other areas in England.
River Thames, London River Services, and Kensington Canal is part of the popular drainage networks in London.
London local authority that is in charge of providing local authority services is a Devolution In The United Kingdom.
You can contact our welcoming Builders at Elite Builders London for Double Glazing Windows services within London in Greater London.
A link exists between London and county locations like Tottenham, Highams Park, Beckton, Feltham, and Elmers End.
The Double Glazing Windows service regions of Elite Builders London's Builders include government regions in London like Teddington, Brentford, Barnes, and Kew.
London's Capital City includes council areas such as Westminster Abbey (UK Parliament constituency), Chelsea (UK Parliament constituency), Paddington North (UK Parliament constituency), Battersea (UK Parliament constituency), and Kensington and Chelsea (UK Parliament constituency).
The Capital City of London and the nearby regions including Harefield, and Arkley are part of the Double Glazing Windows service area of Elite Builders London's Builders.
Elite Builders London'sBuilders offers services across London as well as Harold Wood, Finchley, Barnes, Brondesbury Park, Bushey Mead, Chislehurst, and Lambeth.
Our Double Glazing Windows services at Elite Builders London are helpful to customers in London Capital City as well as Thamesmead, Raynes Park, Shoreditch, Bowes Park, and Morden Park.
Elite Builders London which is located in London is a business based in England that covers service areas such as Ilford, Waterloo, Hounslow, Hackney Central, and Ealing.
Regions in London include Rotherhithe, Brunswick Park, Islington, Alperton, and Bromley.
Situated within London, Elite Builders London also offers Double Glazing Windows service to regions such as Isle of Dogs, Edmonton, Tokyngton, Seven Sisters, and Clapham.
Dulwich, Purley, Neasden, Hoxton, and Woodford are also located within the London region of Greater London.
London encompasses regions such as Pimlico, Sidcup, Holloway, Chelsea Harbour, and Anerley.
Townlets within and around the Capital City of London also include Chipping Barnet, St Mary Cray, Kingston upon Thames, Uxbridge, and Croydon.
Some of the most popular educational centres in the UK and England Such as Lister Institute of Preventive Medicine, and Institute of Cancer Research are located in London.
The educational centres in London include the popular Thames Christian School, and London Oratory School.
Carlyle's House, and Saatchi Gallery provides people in need of help and advice regarding the history of London.
Holland Park, Morden Park, and Vauxhall Gardens in London are popular for their wellness and health benefits.
Elephant and Castle, Swiss Cottage, and Tulse Hill are part of the road networks of London.
Statue of Charles II, Royal Hospital Chelsea is situated within London.
Sloane Avenue Mansions, Enfield Island Village, 66 Old Church Street, Carlyle Square, and Swan House are located in London.
Canary Wharf are London's main business districts.
The Capital City of London is home to a number of businesses including Southern Housing Group, Rockstar London, and J Gurney Nutting & Co.
River Island is a major retail center point of commerce in London.